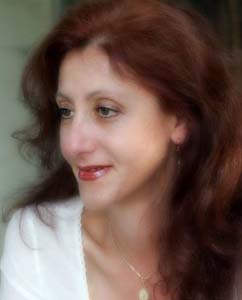 Evdokia Borisova is a Professor and DrSc in Theory and History of Literature at the Bishop Konstantin Preslavski University of Shumen, Bulgaria. Her research and teaching work is in the fields of history of Bulgarian literature and culture, history of art, theory of literature, media science, Balkan literature, creative writing. She is the author of several scientific monographs: "For the Three Genre Models in Bulgarian Drama at the Beginning of the 20th Century" (2001), "Genres in the Media" (2008), "Paralyzing. Textology, Sociology, Mediators ”(et al., 2009),“ On the Edge of East and West. Orhan Pamuk's novels” (2011), Melodrama and TV series” (2014), “Our Literatures”. “The Affair of the East with the West in Balkan Literatures ”(2017).

In the 2017, her fiction book, „Road Scratchers“ (2017), was published in Berlin. She is the author of over one hundred articles, studies, reviews in the fields of literary and media studies. She is also engaged in operative literary criticism. E. Borisova is also the recipient of the Special Criticism Award of the 2015 Liberal Review Magazine and is the third prize winner in photography at the Piazetta il Ventinalle competition in Salerno, Italy in 2018.